Bill Stalter has been representing death care companies and their trust fiduciaries since 1986.  Mr. Stalter received his law degree and an MBA from the University of Oklahoma in 1986, and immediately went to work for a Kansas City law firm representing a large, multi-state death care company.  Following a recommendation from a fiduciary client, Mr. Stalter established The Preneed Resource Company in 1999, a third party administrator and compliance firm serving funeral homes, cemeteries and fiduciaries with death care accounts in more than twenty states. 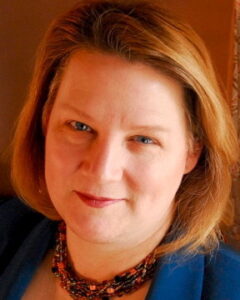 Sharon represents clients in the death care industry and assists clients with end of life planning. She is an attorney licensed in state and federal courts in both Kansas and Missouri. She grew up in the Flint Hills of Kansas and completed her undergraduate work at Baker University in Baldwin City, Kansas. She graduated with honors from the University of Iowa College of Law in 1991. Sharon served as an attorney for the State of Missouri from 2002 until 2021 representing the Missouri State Board of Embalmers and Funeral Directors, the Office of Endowed Care Cemeteries and other professional licensing boards. When she is not practicing law, you can find her out riding her bicycle on rail trails across the country.

Bill has been married to Renda since 1983, and has two (somewhat) grown children.  All are avid divers who know the reefs of Cozumel like the back of their hands.